The Willow Club meets every Thursday morning except Maundy Thursday, the month of August and the Christmas/New Year period.

Meetings start promptly at 10.30 am with the singing of 3 verses from Samuel Johnson’s City of God.  The chairman of the day opens the meeting and introduces the speaker.  There is a refreshment break at 11.05 for coffee or tea, biscuits and a good chat, after which the speaker resumes.  Usually there is time at the end for questions and discussion, and meetings close by 12.00 noon.

Talks cover a wide range of topics so that there are things in each programme to satisfy all interests and tastes, and formats range from talks to slide shows, digital presentations, films and live entertainments. 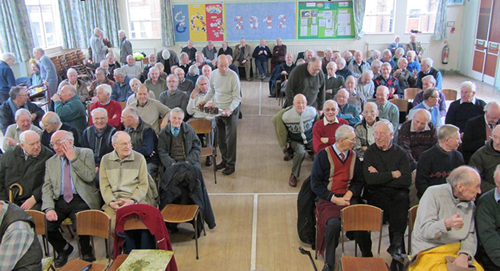